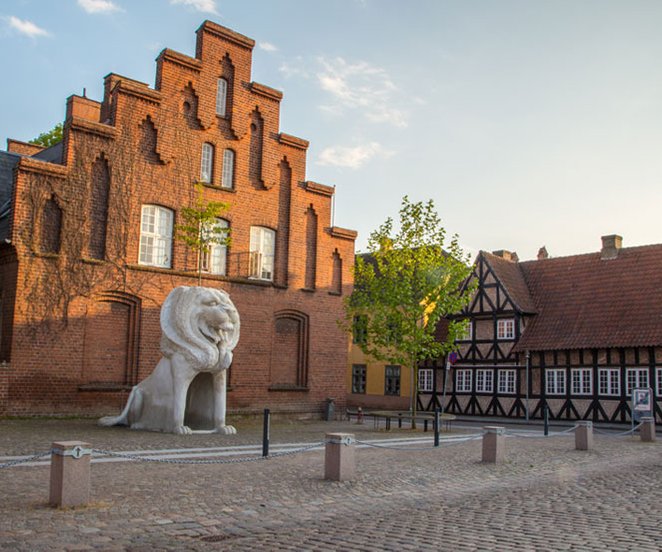 An Age of Our Own Making

The human has always seen him-/herself as the centre of existence and all other creatures are meant to serve his purposes. This is seen in the way we conceive our religions and societies and put all other beings at our services. Ehsan Ul Haq's work is about the human being’s existence in the world in relation to its kind and to other living and non-living beings. Ul Haq studies how the human need to construct the other, model it in a way that enables humanity to then frame itself and survive, leads to exercises of existential, economic, political and social powers.

This goes hand in hand with the kinds of roles we assign to certain animals in relation to us humans.

These roles are most of the times our projections towards these animals. Take the example of the lion, which man has chosen to be the most powerful animal out there. As a sign of man’s own power, man equates him-/herself to the lion, or tends to subordinate the image of the lion, so as to appear stronger.  This can be done f.e. by using the pelt of the lion as a carpet, or making a flower pot lion. Ul Haq’s sculpture of an oversized 3,5m tall lion, in which a 2m tree is planted is one of such projections. In the belly of the lion is a golden fish in a glass. Another projection of man’s loneliness in a world of ever increasing distances of proximity.

Ehsan Ul Haq’s work is a meticulous observation and vivid narration or attempt at depicting humanity’s basic characteristics of survival, i.e. the ability to observe, identify, recognize and comprehend. By putting a spotlight not only at the relations between for example the human and animals or human and other humans, but also on the power gradients that make up these relations, Ul Haq reveals the manipulative nature of the human being, embedded in his wish to classify, name, control, and subordinate.

Ul Haq holds a BFA degree from the School of Visual Arts and Design, Beaconhouse National University, Lahore, 2008. His installative and sculptural works have been exhibited in Pakistan, India, Netherlands and USA. He participated in the 3rd Moscow International Biennale for Young Art in 2012 and he is currently artist in residence at the Rijksakademie van Beeldende Kunsten, Amsterdam, The Netherlands since 2014.

Ehsan Ul Haq presents a three meter high plaster cast of a lion. From the lion's head grows a tree and a narrow cave is created between the animal's forelegs.

In the same way that we make memorials to the great figures of history, we also create images of the greatness of nature, but according to Ul Haq they are hollow and 'abstracted'. The sculpture reveals the irony of the relationship between our purposeless existence and our pursuit of power. At the same time, it clarifies our constant, but half-hearted, attempt to maintain a balance between ourselves and our surroundings.

In other words, the sculpture points to our alternating moral inclinations and destructive actions. On our hung to create and screens to break down next year.

Ul Haq makes us aware that we are limited by the framework we set for ourselves. Our reasoning and explanations should preferably be in line with our experiences, otherwise we feel a loss of control. By providing thoughtful and disturbing comments on our existence, our truths and reality - to our stated first place in the world - Ul Haq points to the imperfection of human comprehension. And thus, paradoxically, it expands our perspective.